The hall of raving rabbids

This is a series of small paintings based on Friboy’s drawings of the raving rabbids sold at Bazar Bizarre and some commissioned by Friboy’s aunt.

After I had made these ones, I had a hard time coming up with other original figures. It turns out these raving rabbids are highly inspiring and I made another six of Carmen Amaya, Iris Apfel, Hercules Poirot, Vlad Dracula, Dita von Teese, Albert Einstein, Don Corleone and Marie Antoinette.

Carmen Bwaaamaya, the catalan romani flamenco dancer whose passionate performance forever changed this dance, is one of my favourites. 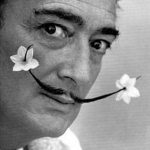 The persistence of memory 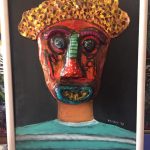