When I moved to Fribourg from the overcrowded and suffocating place where I lived before, shared with almost 4 other million souls, I had the impression nothing much was happening…no Christmas rush, no over the top Christmas lights or a huge Christmas market.

The magic of winter holidays in Fribourg lies in the unassuming and cozy feeling of spending an evening with my family at the Café du Midi on Rue de Romont, where they serve the best fondue in Fribourg, or shopping for the best chocolate in the Milky Way – the Villars Crémeux et Caramelisé, the only one I ever buy, straight from the chocolate factory based in Fribourg.

However, Fribourg is not a rush free place, Saint Nicholas procession gathers thousands of people every first Saturday of December. It is even more crowded than carnival. 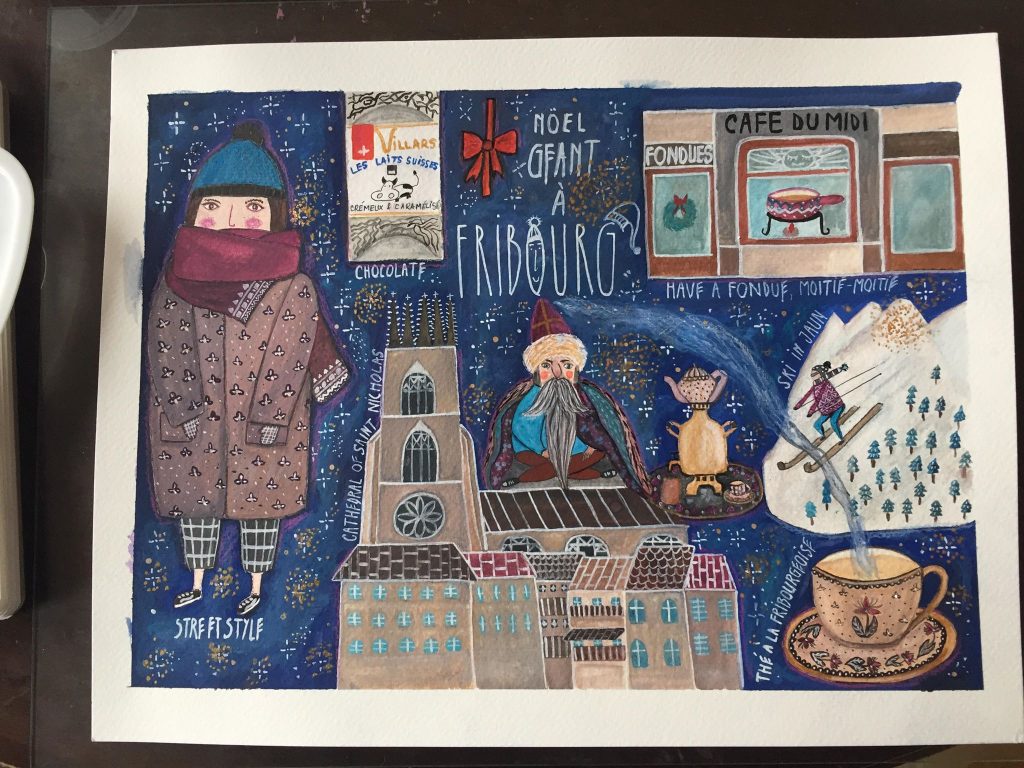 This is the second illustration I did of Saint Nicholas, looking more eclectic than his standard representation. In my vision his personality goes beyond the classic religious imagery,  his appearance and character being shaped by all the places he has traveled to. He likes to have his tea à la fribourgeoise with a biscôme on the side, but he is using a Russian samovar because they are so cool and they make tea taste so much better. From his travels to the east he borrowed the rich and colorful textiles which he likes to layer because layers and oversize are in fashion. He wears Vans because they make him feel young and never go out of style. As a protector of young people he feels they need a figure they can easily relate to. And whenever he is in Fribourg, he will go for a ski session in Jaun.

If you plan to, or happen to be in Fribourg this winter, you might want to wear cropped pants or else you might be frowned upon…freezing ankles are highly fashionable 🙂 . 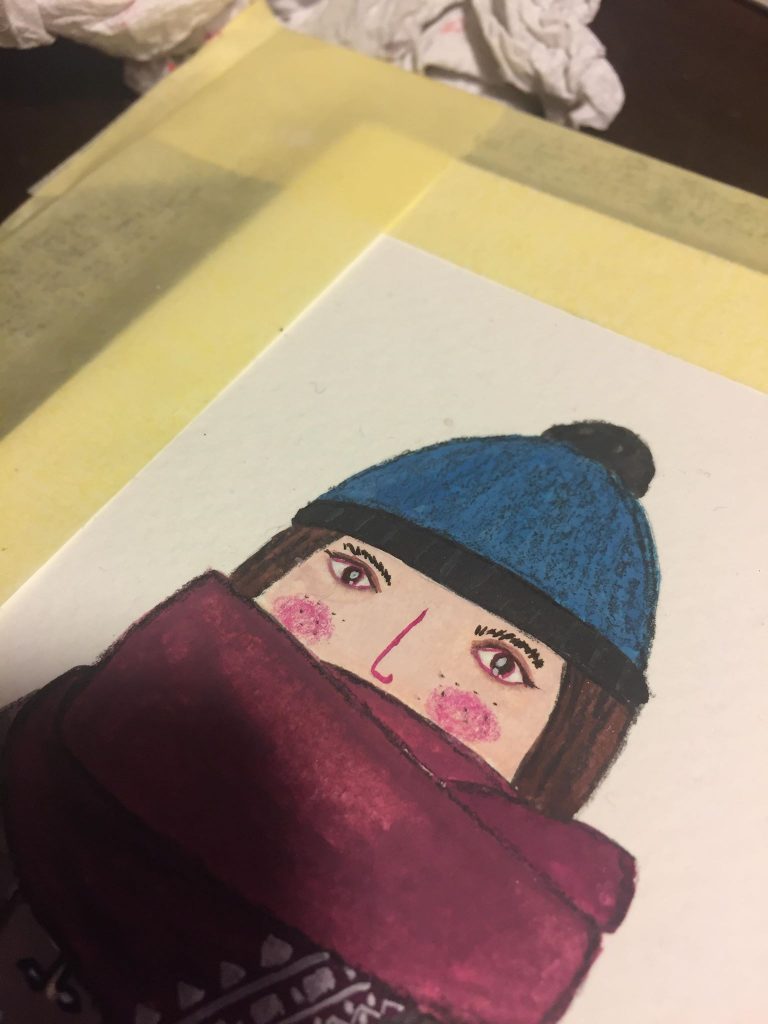 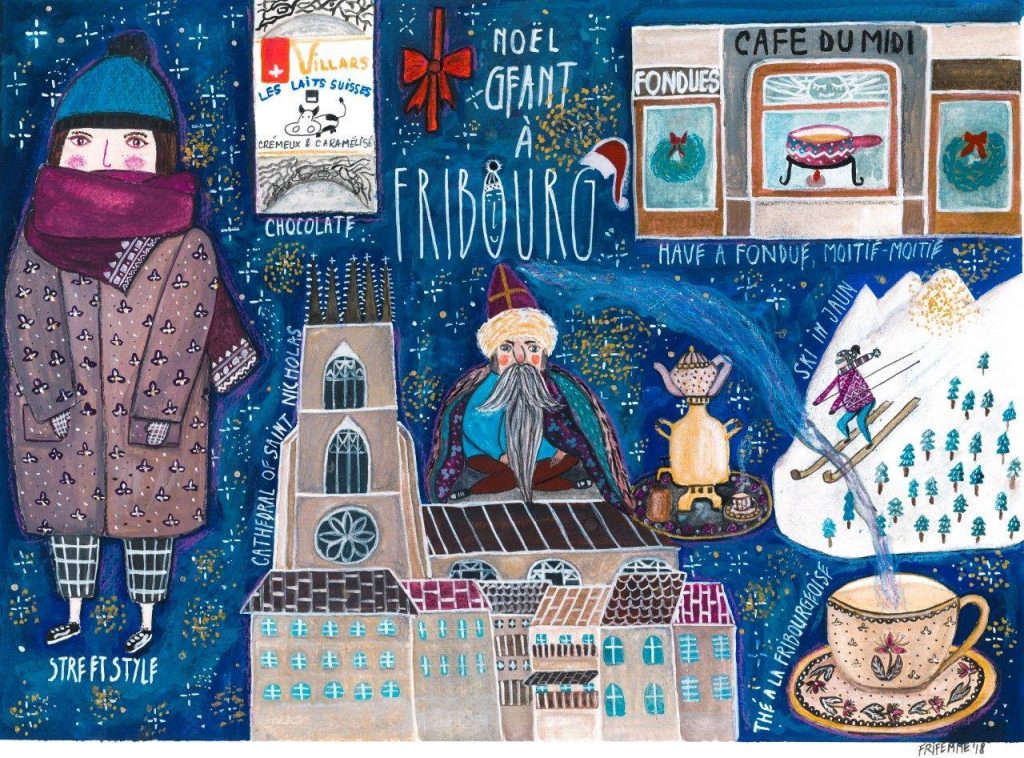 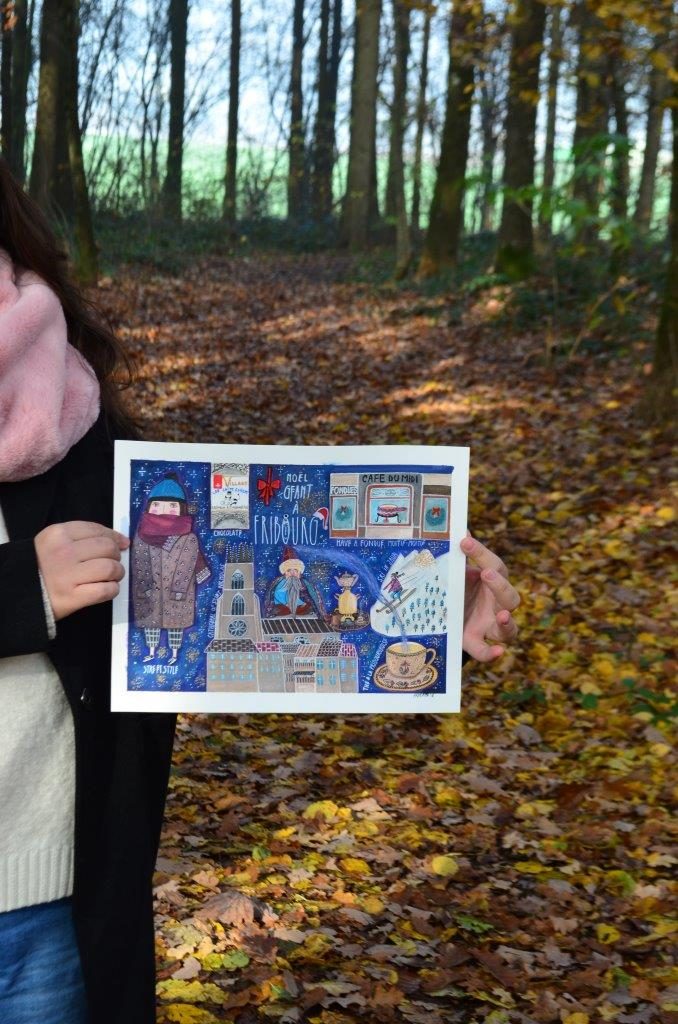 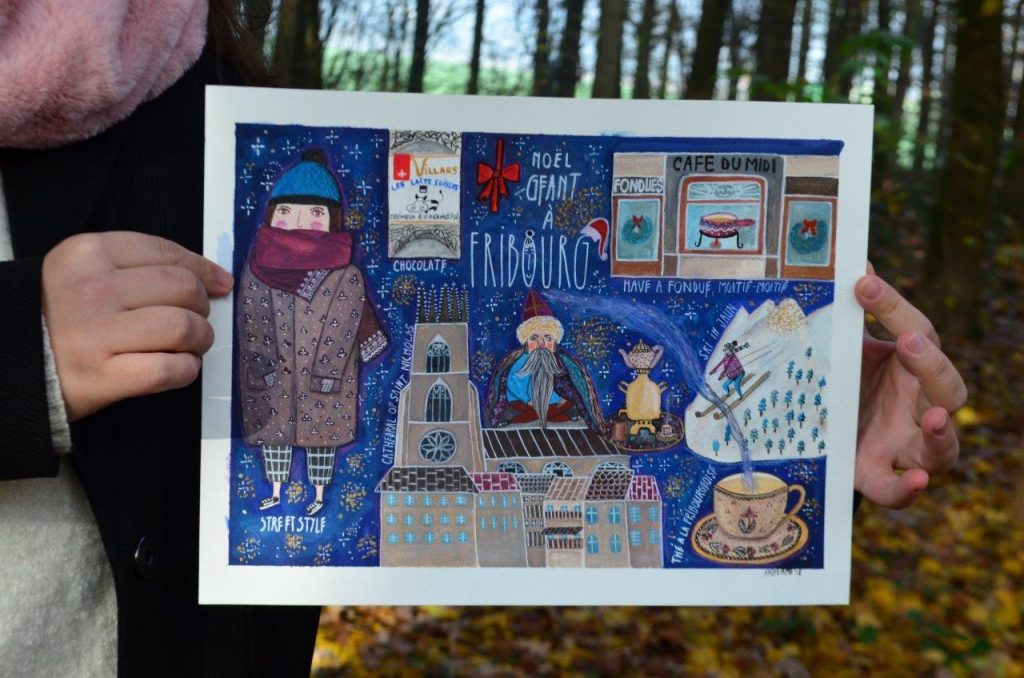