Last week I took Friboy on a guided visit of the Fribourg Cantonal Police Headquarters in Granges-Paccot, organised by Ecole des Parents. I have to admit I was probably more excited to see how the inside of a police station looks and how the emergencies call-center works than my son was.

The entire visit took about 1 hour and 30 minutes, which I think was ideal for Friboy’s age (it’s for children older than 6). We were greeted into the new building and got our visitors badges, then we had a short presentation of facts and figures of the Cantonal Police, which was more interesting for the adults than the children, but it was short enough that the kids don’t go crazy. Here is the presentation video we saw:

I was pleasantly surprised to see how much effort and involvement the police is putting in the prevention and education of children in order to limit punitive and reactive measures. Although the second part is also necessary in their job, they put more accent on prevention.

Based on the regular presence of police officers that we often see patrolling the city, I thought Fribourg had quite a large taskforce, but in reality the percentage of policemen per inhabitant is around 1/560 (police/person), lower than the Swiss average of 1/450 and lower than EU average of 1/330.  They are just very efficient and manage to have a 40% rate in solving incidents, which is higher than the Swiss average of 35%, despite having less resources. To my surprise they even have a cyber criminality division in order to tackle the increasing number of “cyber” crimes, which is on the rise all over the world.

Another unknown statistic to me was that they only started having female patrol officers in the last 18 – 20 years, which is not that long back. Today 20% of their employees are women.

After a tour of their training facilities and the presentation of patrol officers’ equipment  (which they wear on their belts…quite heavy to be honest), we went to the part the kids enjoyed the most: the police vehicles, including motorcycles, vans for transporting detainees and convicts, as well as the standard police patrol car. 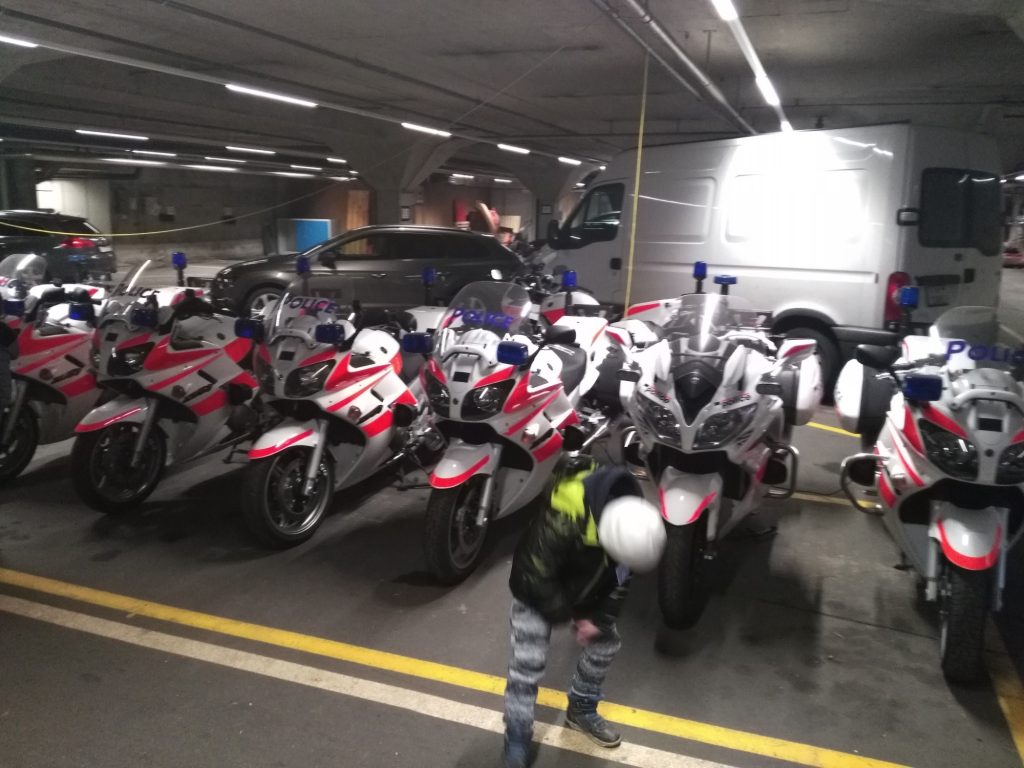 We went on to visit the emergency call-center for police and firefighters, which was again more interesting for adults than kids. They presented how the call center works and how they monitor the traffic from all the available surveillance cameras.

At the end of the visit, we had the chance to see some old guns and police uniforms from as far back as the 1850’s.

At the end the kids got a little gift bag , which they enjoyed very much as it was full of  “police” candy :).

All in all, it was a very interesting visit, both for kids and adults and I recommend it to anyone interested in how the Swiss police works. Ecole des parents Fribourg offer a number of parent-child activities , check out their website to sign up for a similar tour. 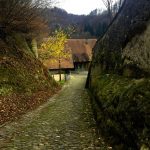 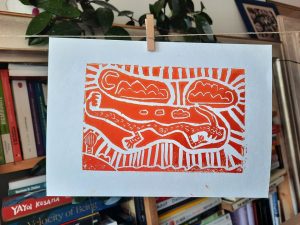