I don’t know why I felt compulsed to illustrate this recipe. I grew up having mucenici [mûtʃeniːʃɪ], every year for the 9th of March and still bake them here in Switzerland.  So it’s nothing special, unless maybe you’re not used to the idea of food offering because that’s what they are, an ancient relic of a pre-christian celebration of time renewal and the beginning of a new year for a pastoral population that kept a tight grip on its magical patterns of thought.

These anthropomorphic shapes (bees, birds, the human body or the number eight depending on the region) were baked and offered to people for good omen at the beginning of March, to mark the rebirth of nature, the return of birds, a new agricultural and apiarian year. This was also an occasion to remember and commemorate the dead. There are many religious celebrations and a plethora of rituals dedicated to the souls of dead ancestors in the Romanian culture, that fit Indo-European beliefs. Basically, it was essential for the soul of a dead person to safely reach the other side and not bother the living. Among other magical practices and rituals related to ghosts (strigoi moroi), food and drinks were occasionally offered to keep them “happy and away” from the realm of the living.  I will not expand this subject here, for further reading I recommend this anthropological study: Cosmos and Chaos, Andrei Oisteanu .

My family has been urbanized for at least 4 generations, so in our case this traditional dish was only made to offer in the name of the dead. My grandmother would bake 40 mucenici (this number comes from the 40 Martyrs of Sebaste, a christian holiday celebrated on the same day) and distribute them among our relatives and neighbors together with a glass of wine. Thousands of kilometers away, I still do this. The first year my husband took the mucenici to work, his colleagues thought it was his birthday. Everybody was wishing him a happy birthday and the poor guy found it so awkward to explain that his crazy wife actually made food for the dead.

I made a video of how I prepare the mucenici. FriBoy and Loko also made a totally unexpected appearance because I never get interrupted when I do something important :).

The amazing music is Machi – Peia.

Ingredients for my recipe (I prefer a brioche dough, as compared to the traditional simple bread dough): 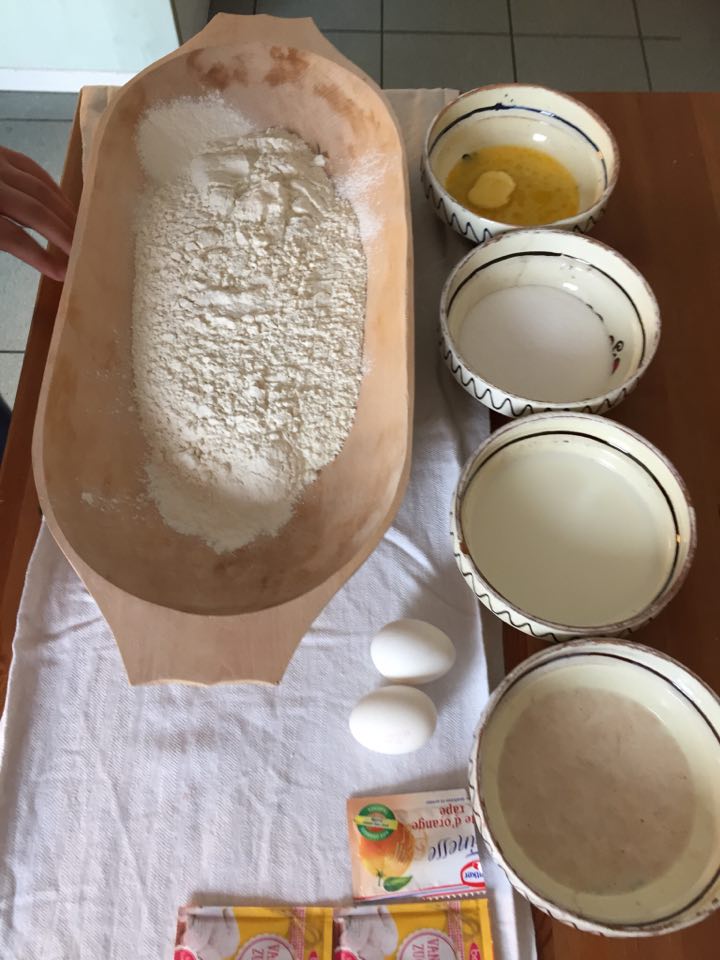 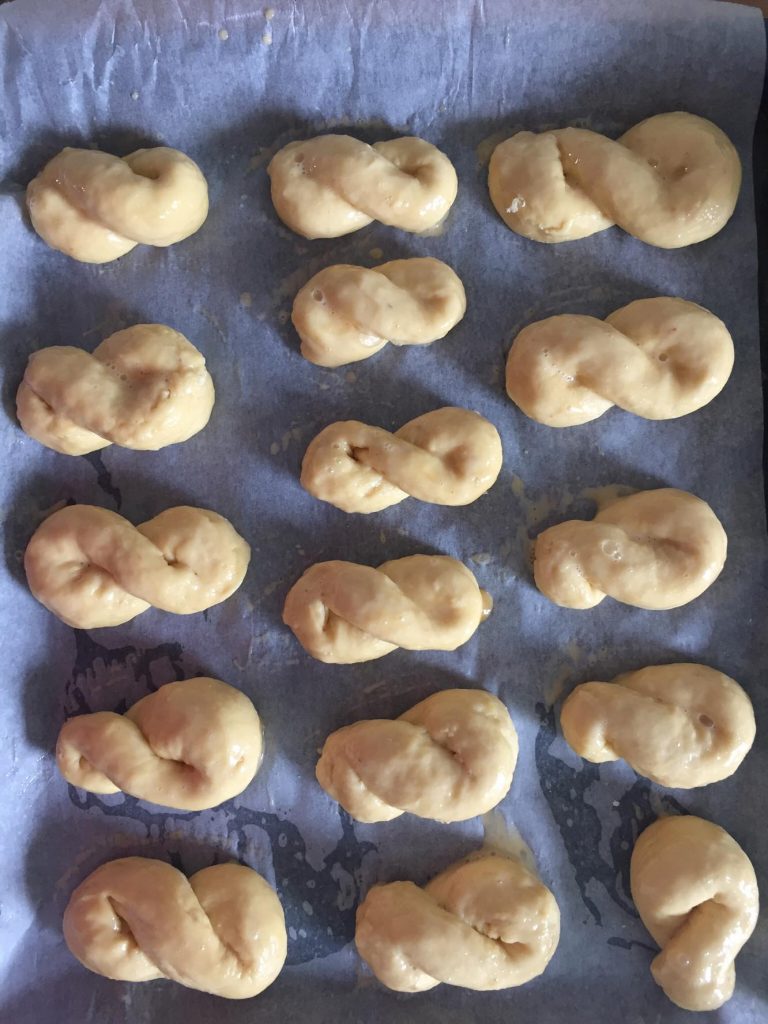 Before preparing the dough, mix the yeast with a bit of sugar and milk, let it bubble. Mix everything together, like in the video, until well incorporated. Cover with a clean cloth and let rise for about 1 hour. Make eight shaped curls and bake them for 30 min at 180 C. Cover with honey (generously) and sprinkle with ground walnuts. Have one and share the rest! 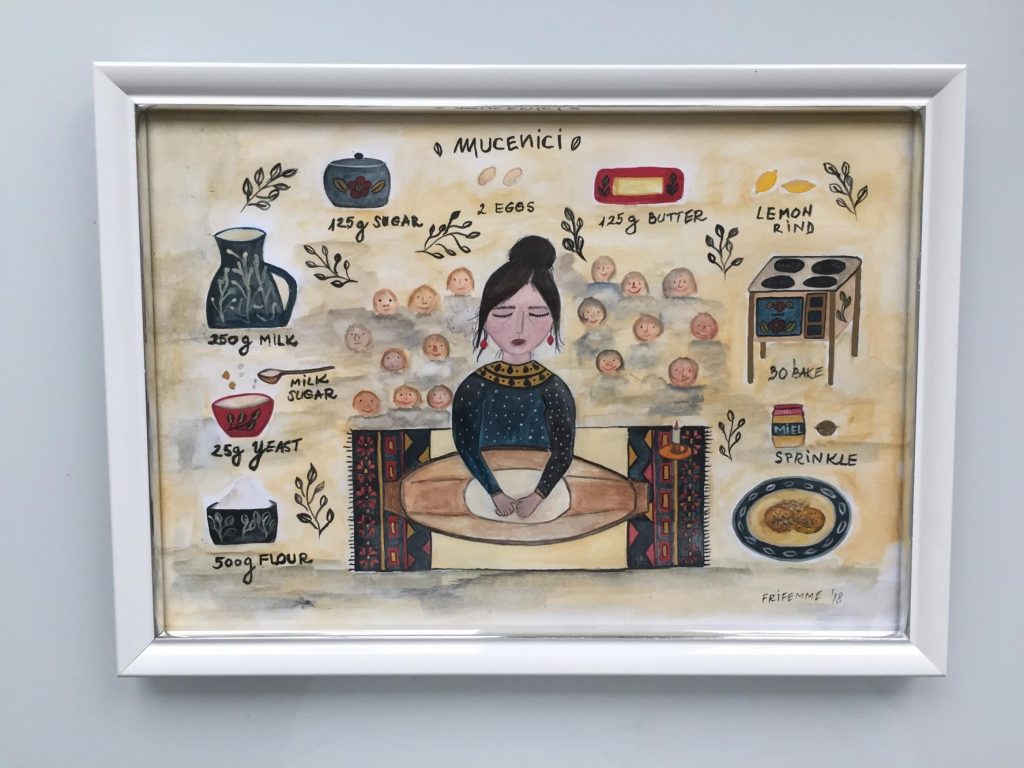 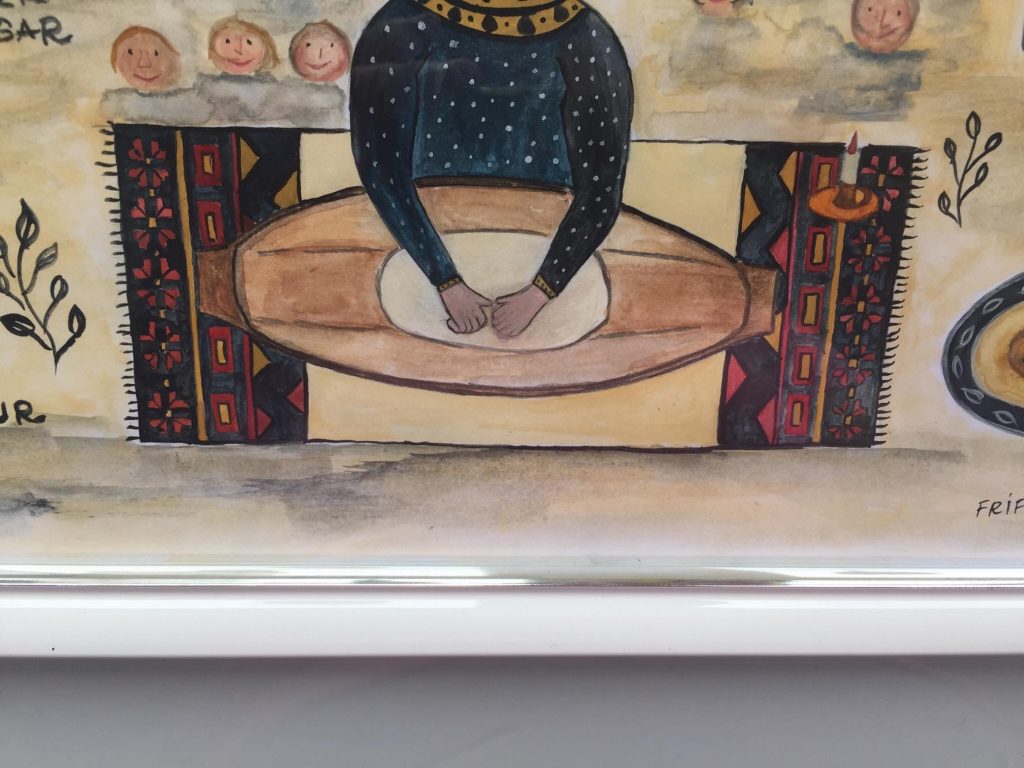 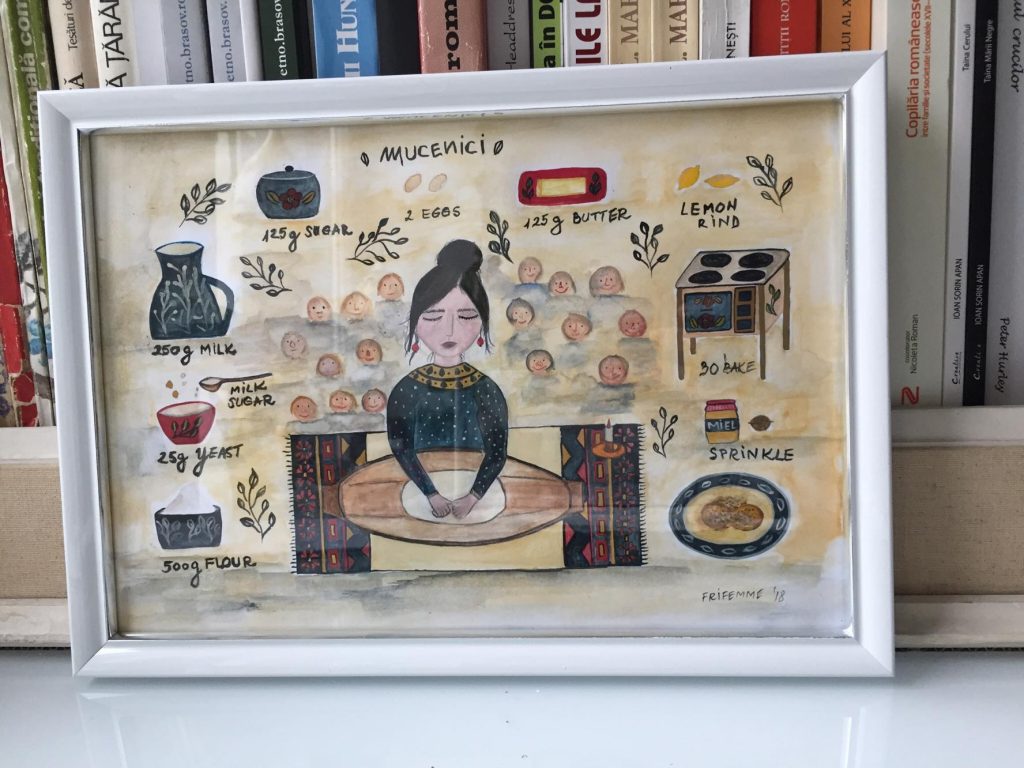 The illustration is for sale in my shop.