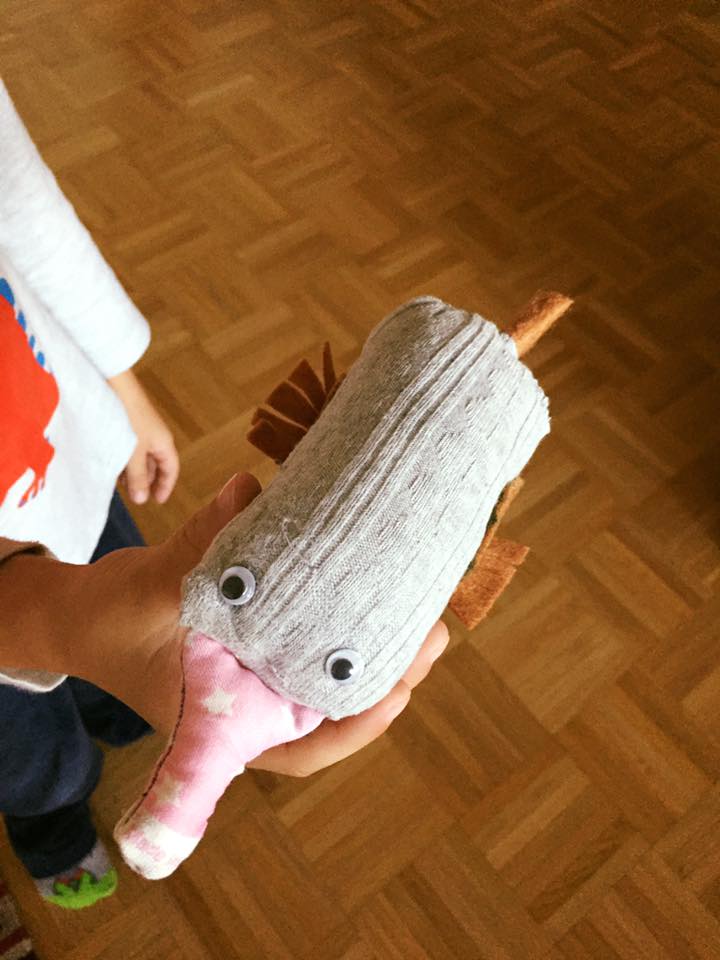 We had a fascinating conversation about how he would create a living environment so moles would thrive in our home. In the end he settled with the idea that our dog would chase the moles and they would end up unhappy and be better off in the wild.

Then he wanted to make his own mole stuffed animal. I used whatever I had in the house, a sock, some brown wool felt and pink cotton fabric for the nose. He helped with the sewing, stuffed it and glued the eyes with craft glue. 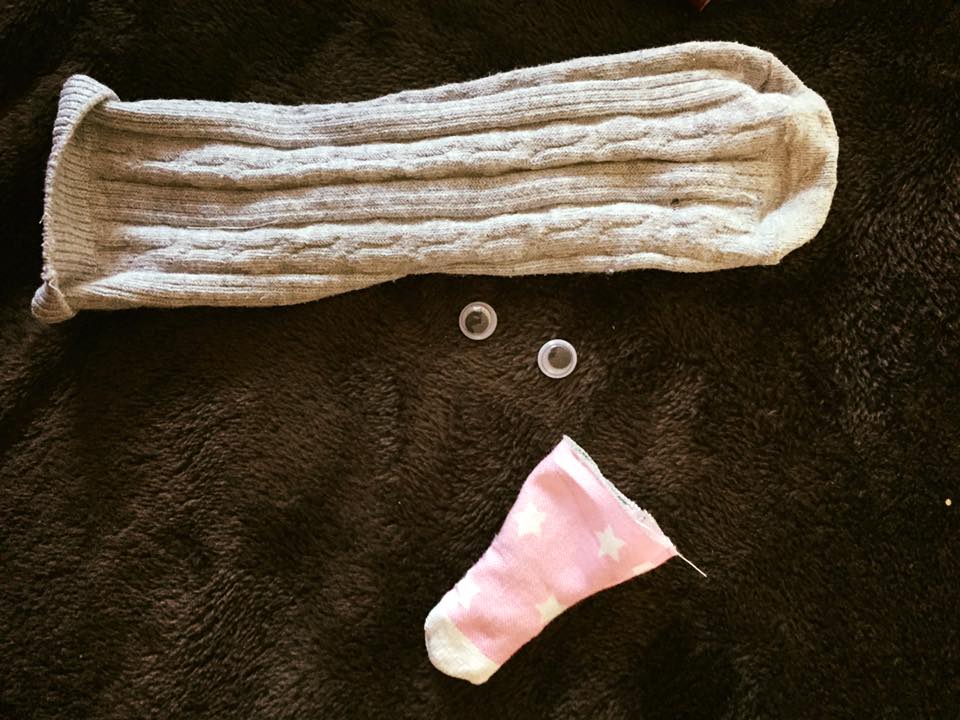 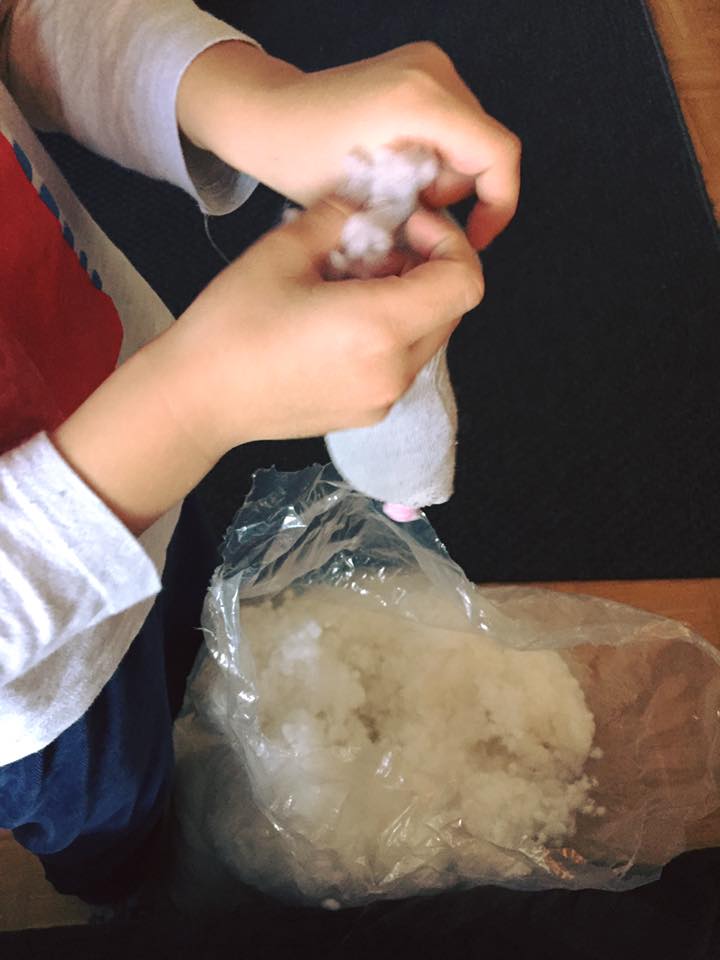 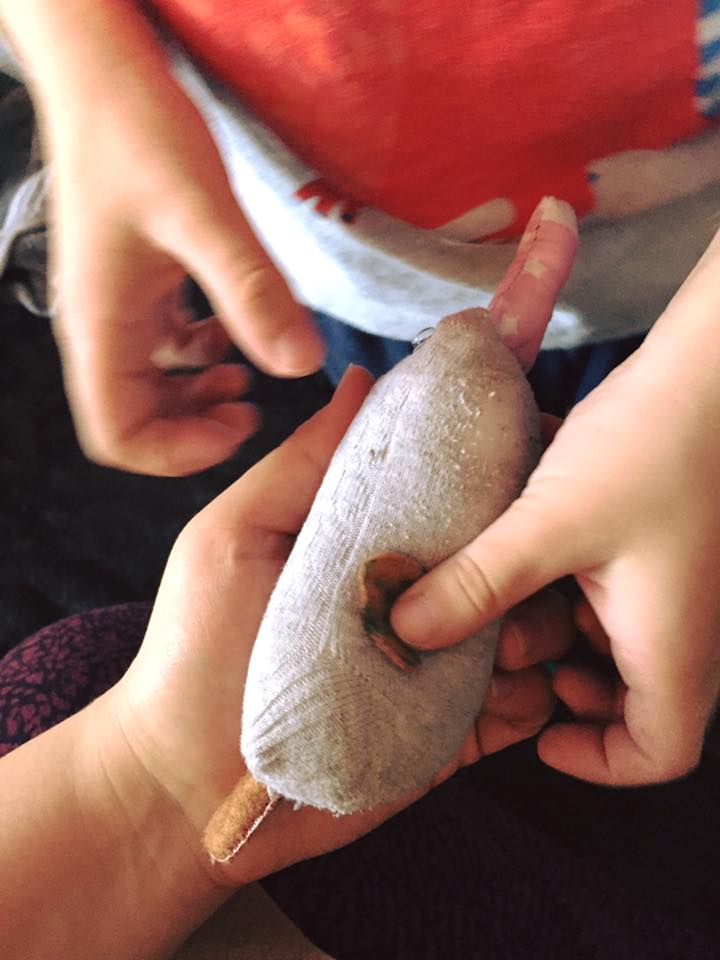 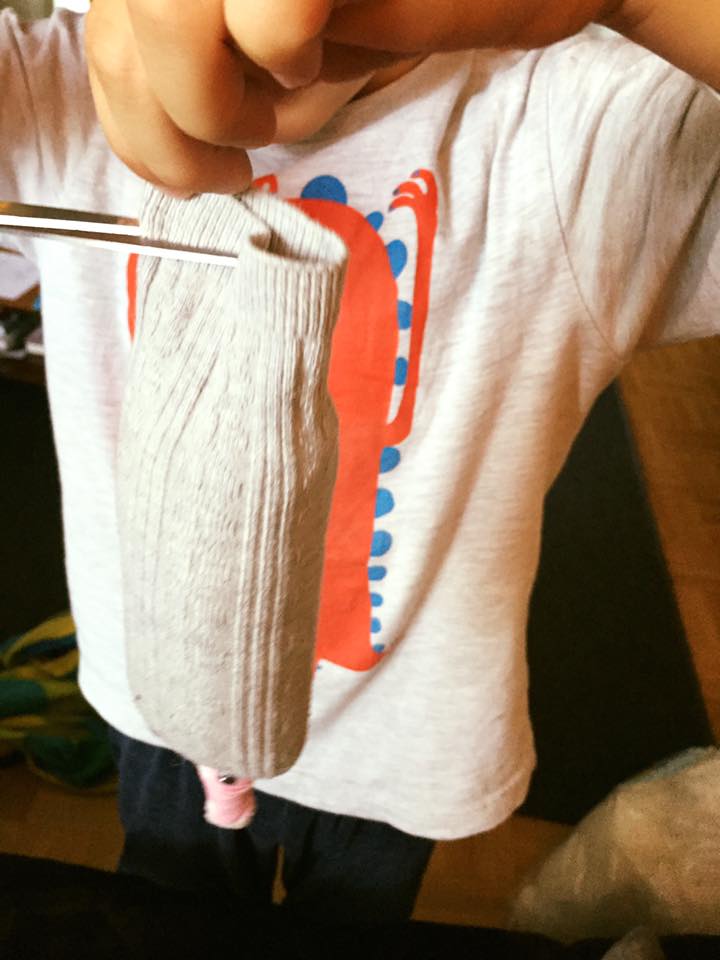